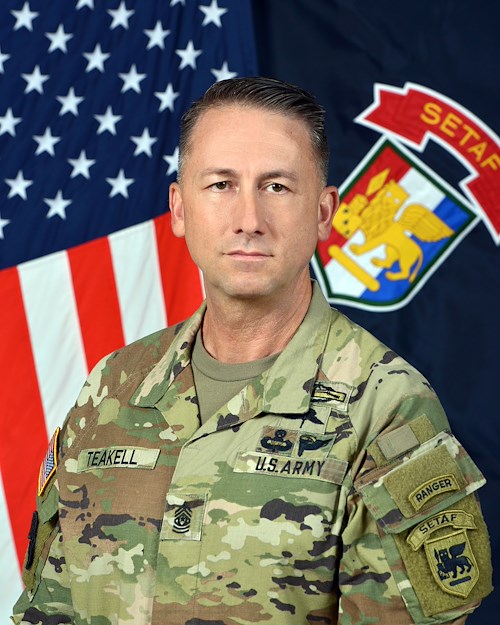 Following his time as a platoon sergeant, CSM Teakell was assigned to Headquarters and Headquarters Company, 75th Ranger Regiment, as the RS8 Target and Engagement Requirements non-commissioned officer and later as the RS8 non-commissioned officer in charge. In May 2007, CSM Teakell was selected to serve as the 1SG for Company D, 2d Battalion, 75th Ranger Regiment.

CSM Teakell has deployed 16 times in support of combat operations. Once in support of Operation Restore Hope, Mogadishu, Somalia, 15 in support of War on Terrorism with four tours to Iraq and 11 tours to Afghanistan.

CSM Teakell and his wife, Heather have been married for 20 years.