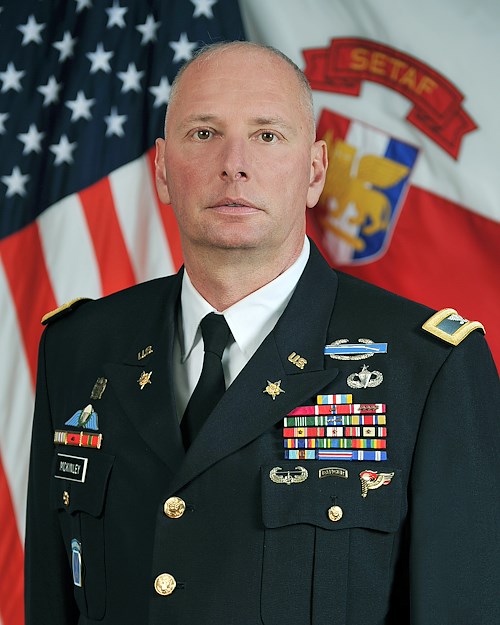 He most recently served as the deputy J5 for U.S. Forces Korea at Camp Humphreys supporting the defense of the Korean Peninsula.

McKinley was commissioned as a second lieutenant of infantry from the ROTC program at Chicago State University in 1993. He began his career in the 101st Air Assault Division at Fort Campbell, Kentucky, where he served as a rifle platoon leader, support platoon leader and anti-armor company executive officer.

As a captain, McKinley was assigned to the United Nations Command-Joint Security Area in Panmunjom, Korea, where he served as the assistant operations officer in support of operations within the Demilitarized Zone. He then commanded two mechanized infantry companies in 2nd Brigade, 2nd Infantry Division at Camp Hovey, Korea. McKinley then served at the Joint Readiness Training Center at Fort Polk, Louisiana, where he served as an infantry platoon, battalion logistics, and brigade level observer/controller.

He later served in the 1st Brigade, 10th Mountain Division at Fort Drum, New York, as an assistant brigade operations officer, squadron operations officer and executive officer, and deployed to northern Iraq in support of Operation Iraqi Freedom. Following his time with the division, he served as the U.S. Army Africa Secretary of the General Staff in Vicenza, Italy.