Rohling emphasized the importance of the U.S-Liberian security relationship. Rohling also discussed the relationship in the Armed Forces of Liberia’s progress since its establishment in 2006, and inquired about the AFL’s military education and training priorities to increase readiness.

During the discussion, Rohling acknowledged the Armed Forces of Liberia’s contribution to the United Nations Multidimensional Integrated Stabilization Mission in Mali (MINUSMA) and the country's support to U.N. peacekeeping operations on the continent. 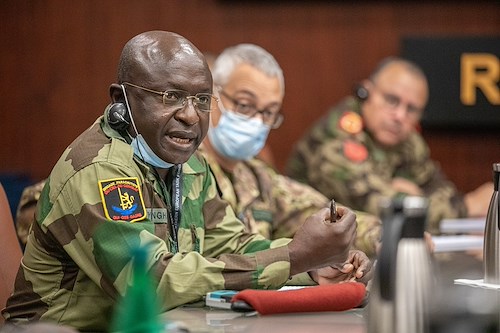