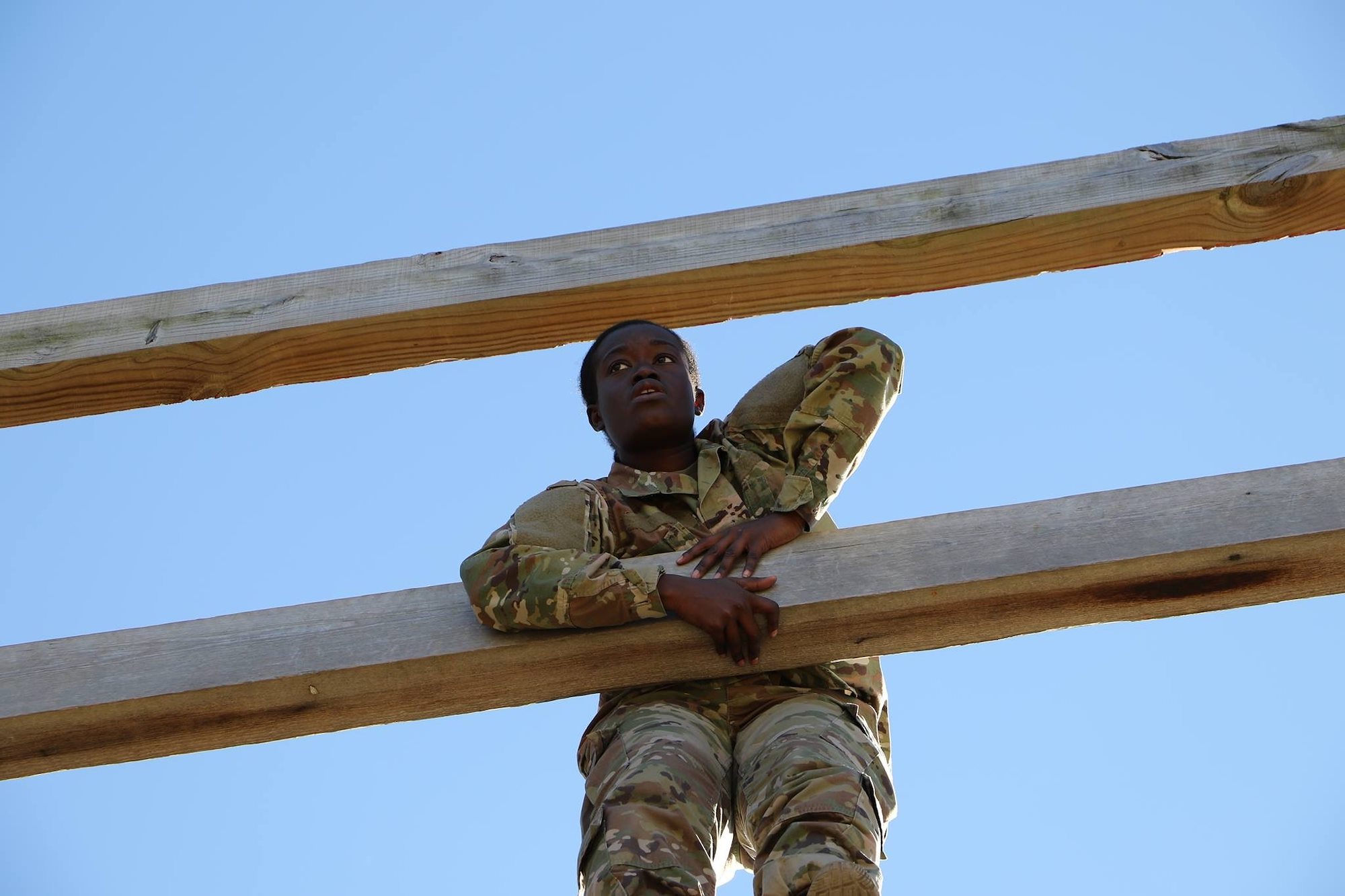 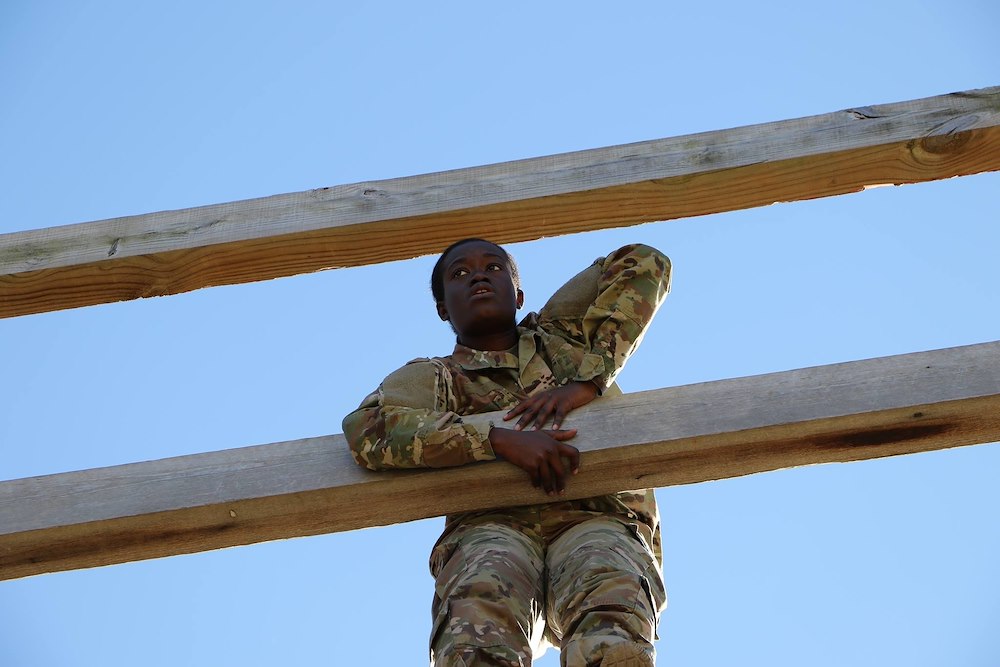 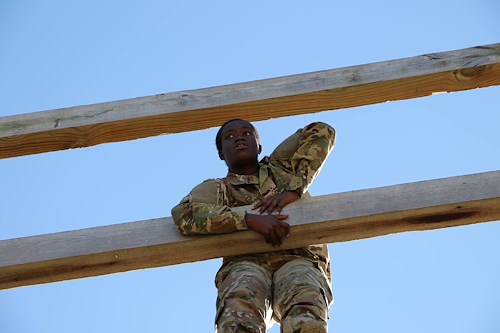 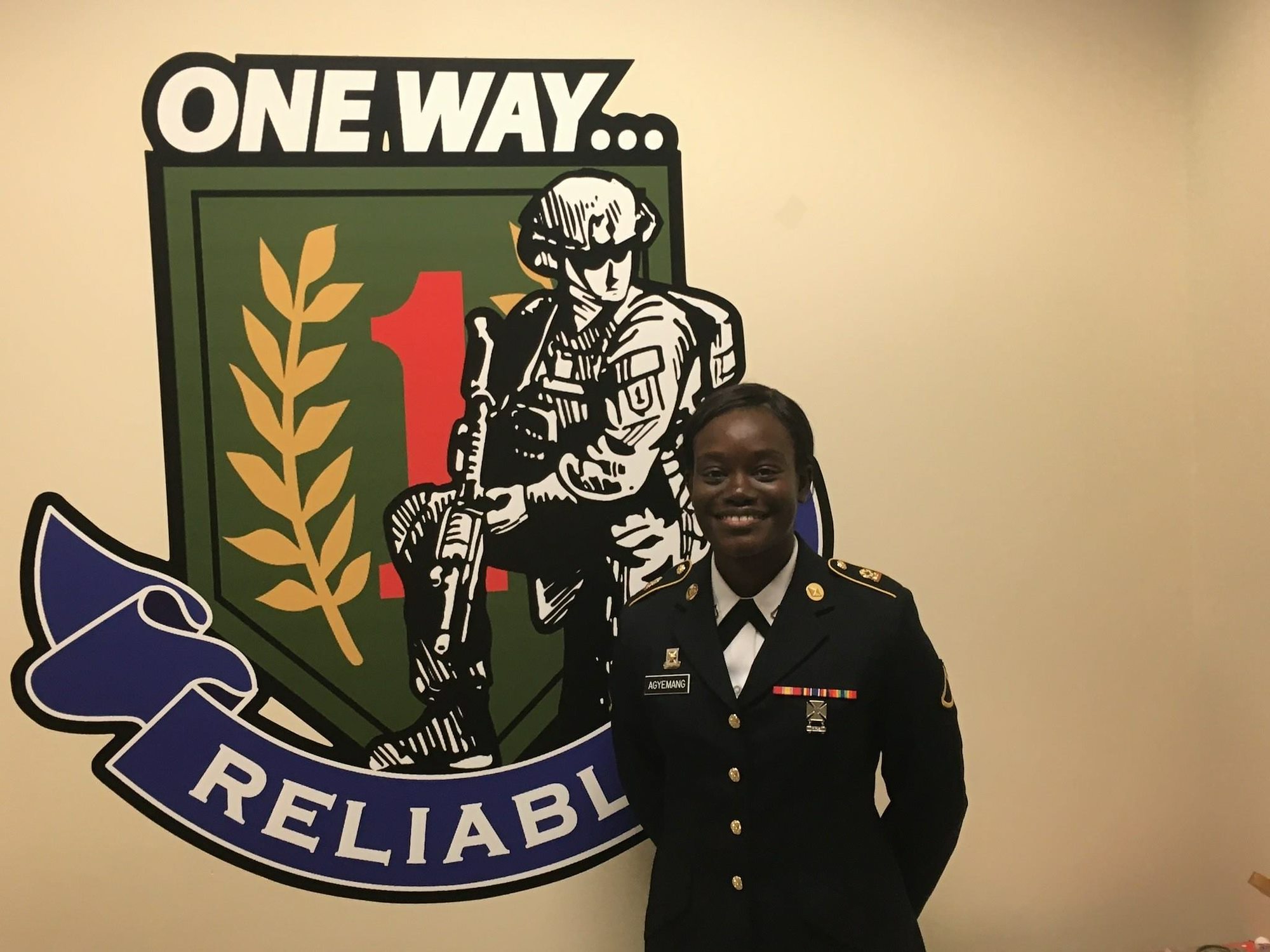 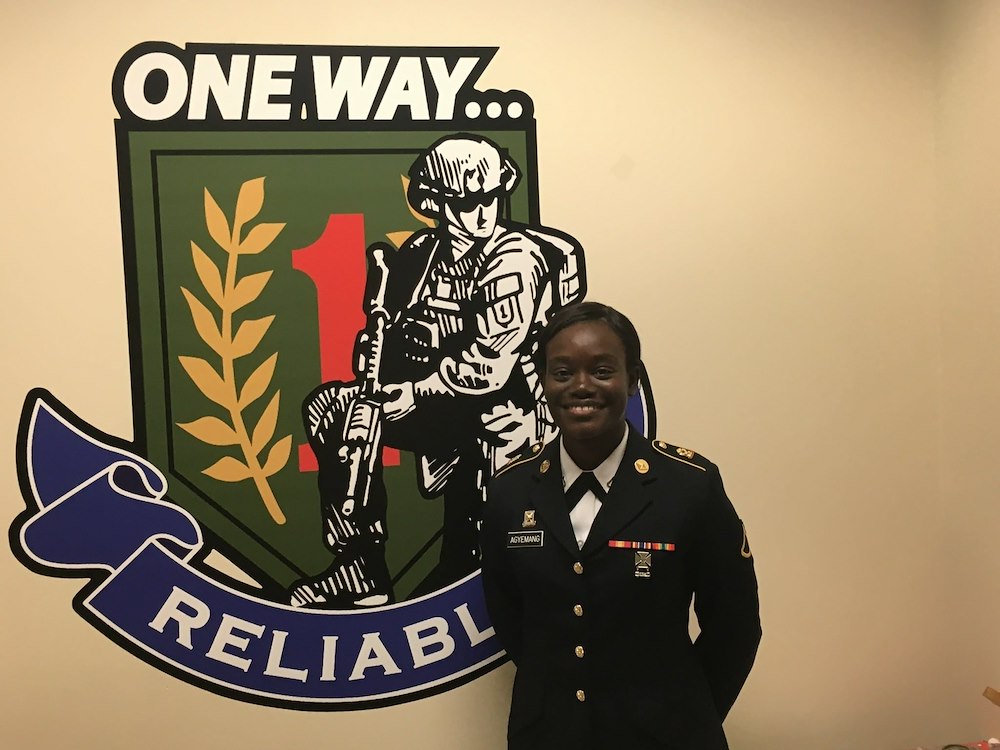 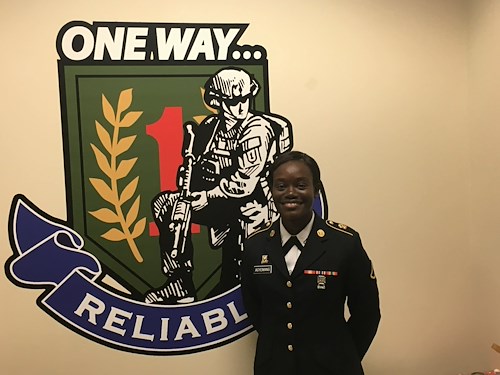 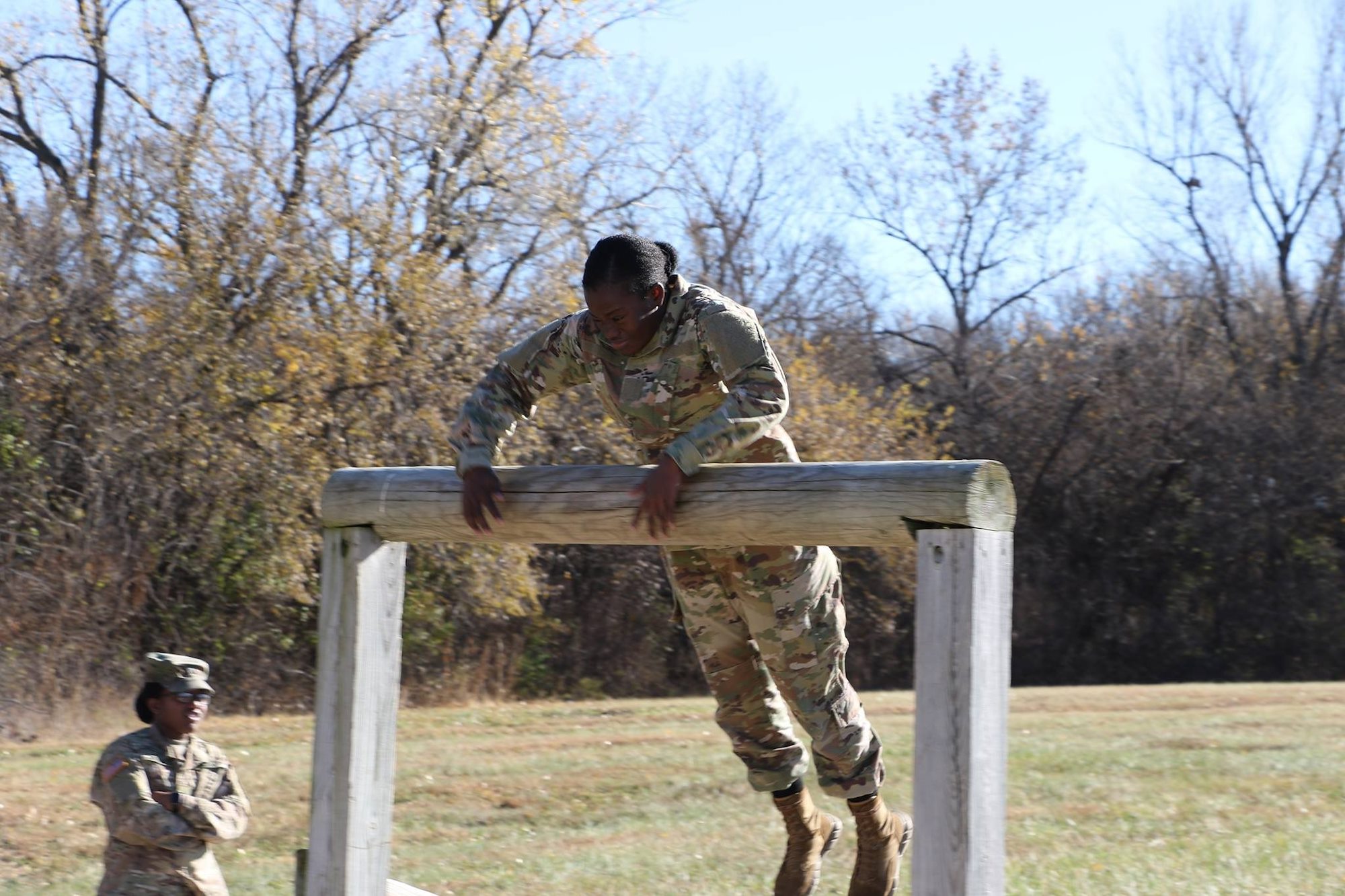 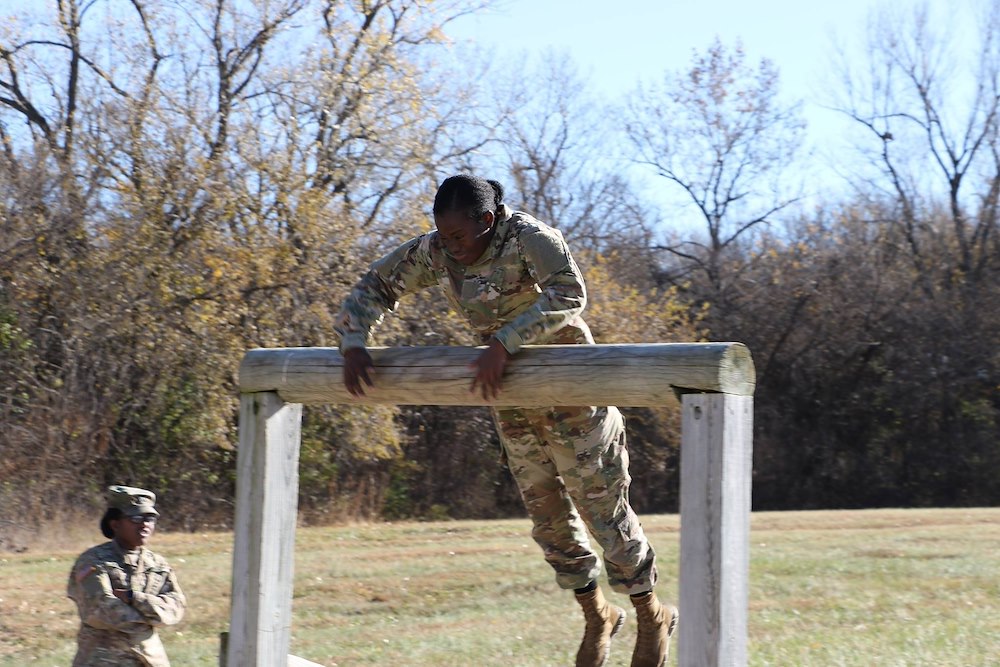 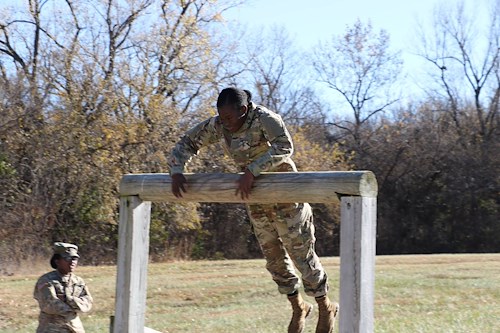 Upon Agyemang's family gaining their citizenship, she and her sister began the process of getting naturalized. Upon having to renounce her Ghana citizenship to become an American citizen, Agyemang said she felt a little different about having to leave Ghana totally behind.

"It was part of the process in order for me to get my citizenship," Agyemang said. "At first, because I was younger, it kinda made me feel like I wasn't African anymore. I guess it was just really about the paperwork."

Moving to the United States was a life-altering experience for Agyemang.

"It was very scary for me," Agyemang said. "First of all, you have to take a test to get placed into school. I don't know going to school with other kids and getting bullied was so different from school and life in Ghana. We got bullied because we were different, our accents. We didn't know much about the American way and stuff like that. People would just set me apart to make sure I knew I wasn't from there."

Every day after school, Agyemang and her younger sister would talk to their mother and let her know what's going on at school. Their mother would tell them how to handle bullies.

Agyemang said the words from her mother helped her cope with the issues at school.

Agyemang attended Georgia State University for one year after high school. She originally wanted to attend Bethune-Cookman University in Daytona Beach, Florida, but her father would not let her go because the school was too far from home. While in college, Agyemang said that her focus wasn't as good as she wanted it to be and that's when she turned to the military, to get her education and focus.

"At first I wanted to join the Air Force," Agyemang said. "When I went there (to see the recruiter), the recruiter was just too pushy. They were going to pick my job for me, which I didn't like at all. I wanted to do something I liked doing. So when I talked to the Army recruiter they were very nice and gave me all of my options so that I would know which one was best for me. After I took the (Armed Services Vocational Aptitude Battery multi-aptitude test), they gave me a list of jobs. Initially I wanted a medical job but everyone who was joining got a medical job. So I picked finance. It was my second option."

The next stop for Agyemang was Fort Jackson, South Carolina, for basic training and Advanced Individual Training. Agyemang's family was very happy that her military training wasn't too far away. When she received her first duty assignment to Fort Riley, she said her father was not pleased.

"That part was hard," Agyemang said. "I've always been close to my family. I'm used to being able to see my parents or sister when I want to. Being away from home is like, when certain things happen at home, you're not there to directly help. (That) kind of made me feel helpless or not contributing. Especially with my sister. She's a senior in high school now. I wanted to be there to help her. I can still do that from afar but it's just not the same. Right now I keep in contact with them every day whenever I can."

Once Agyemang became a member of the 9th FMSU, her family grew.

"I like it here," Agyemang said. "This is the first time that I've been able to feel comfortable around strangers in my entire life. That's something very hard for me to do. They (Soldiers of the 9th FSMU) made it a lot easier once I got here. Everybody was nice. Everybody was welcoming, so it was easy for me to get comfortable here."

Capt. Richard Shaw, commander of the 9th FMSU, said one of his first acts as commander was to see who wanted to attend air assault school. Shaw said that Agyemang jumped at the opportunity to take on the air assault challenge.

“I don't know what happened because I was thinking that in my head but somehow it came out of my mouth,” Agyemang said. “Next thing you know, (Shaw) said ‘OK, you're going.’"

What started out as a slip of the tongue has become something that Agyemang said she really wants to follow through on.

"Now that I've looked more into the school, I feel like it's better for me to try than to not try at all," Agyemang said. "The worst that can happen is that is (I don't complete it and) they send me back and I just try again."

Shaw said that he had been working with Agyemang to prepare her for Air Assault School by ramping up her training. At first the training was difficult for Agyemang but she began to adjust.

"I found myself getting more motivated to learn the stuff I didn't know about," Agyemang said. "I had a fear of climbing the rope and one day during (physical training), (Shaw) showed us how to do it. I tried it and didn't make it so I kept trying and trying and now I'm more proficient at it and more confident."
Air Assault School is a 10-day course designed to prepare Soldiers for insertion, evacuation and pathfinder missions that call for the use of multipurpose transportation and assault helicopters, according to information provided by the U.S. Army.

“Agyemang is the type of Soldier you want as a commander,” Shaw said. “She is always looking to better herself in both her military craft and as a person. With any detail or task given, she always gives 100 percent and looks for the positive.”

A portion of the prerequisites for Air Assault School is being able to complete an obstacle course.

"I feel like it is going to be my biggest obstacle as far as preparing and training every day, as oppose to how I do usually," Agyemang said, "doing PT twice a day, eating right and training for the 12-miler that's at the end of the course. I started rucking 4 miles, 6 miles and keep adding on to that. It's just me I have to just keep trying to prepare."

Part of Agyemang's motivation is her little sister. She said that as her sister's role model, she can't just quit now that she has started.

Her family does not know that Agyemang has taken on the challenge of air assault yet. When she finally tells them, Agyemang doesn't know how her mother will react.

"Firstly my mom is going to freak because she thinks it's dangerous," Agyemang said. "At the same time I have to put it in a way to let he know what it's all about and to let her know it's not really all that bad. They are always going to support me because they want me to do my best."

When times get tough during air assault, Agyemang said she is going to think about all the times she wanted to quit during basic training but didn't.

"Quitting is easy," Agyemang said. "So I could be going for three hours and it only takes one second to quit. It's going to be me pushing myself and not quitting is going to be my biggest issue but I'm not going to quit." 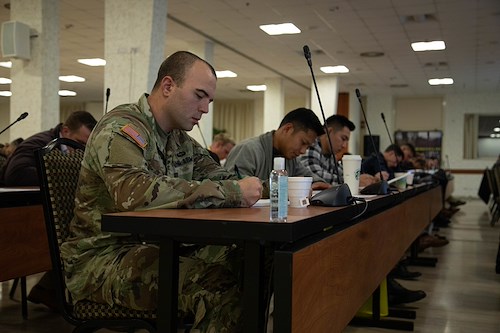 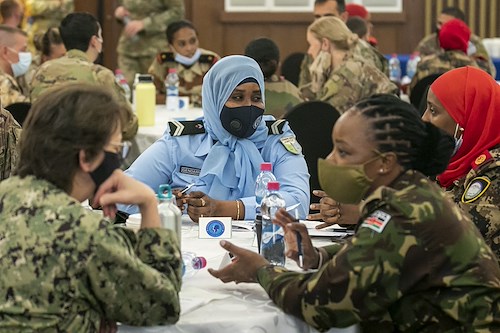 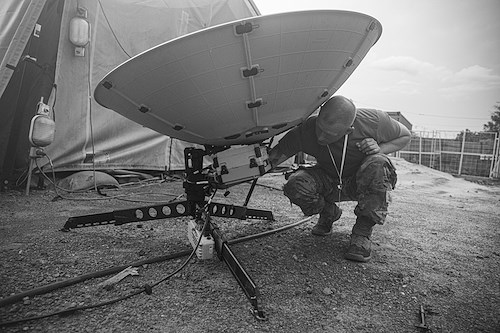 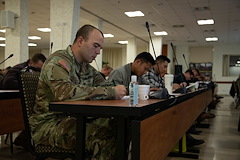