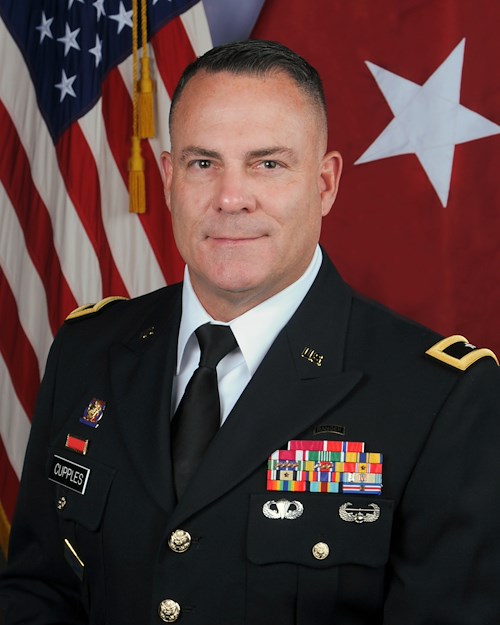 Cupples enlisted into the U.S. Army in 1986. He was awarded one of 150 active-duty scholarships through the Green to Gold program and earned his bachelor’s degree in business administration, as well as his commission as an infantry officer through the ROTC program at Boston University in 1990. He earned a master’s degree in business administration from Nichols College and a master’s degree in strategic studies from the U.S. Army War College. He also completed the Senior Executive Fellows Program at Harvard University’s Kennedy School of Government.

Cupples deployed in support of Operation Iraqi Freedom in 2007, serving as the executive officer of 1st Battalion, 181st Infantry Regiment conducting rear area operations, force protection and personnel security details from Camp Cropper, Baghdad, Iraq. He has served on extended ADOS-tours as the acting command inspector general for the Massachusetts National Guard. He has also mobilized on multiple occasions in support of state missions.